Is Racism a Public Health Crisis? 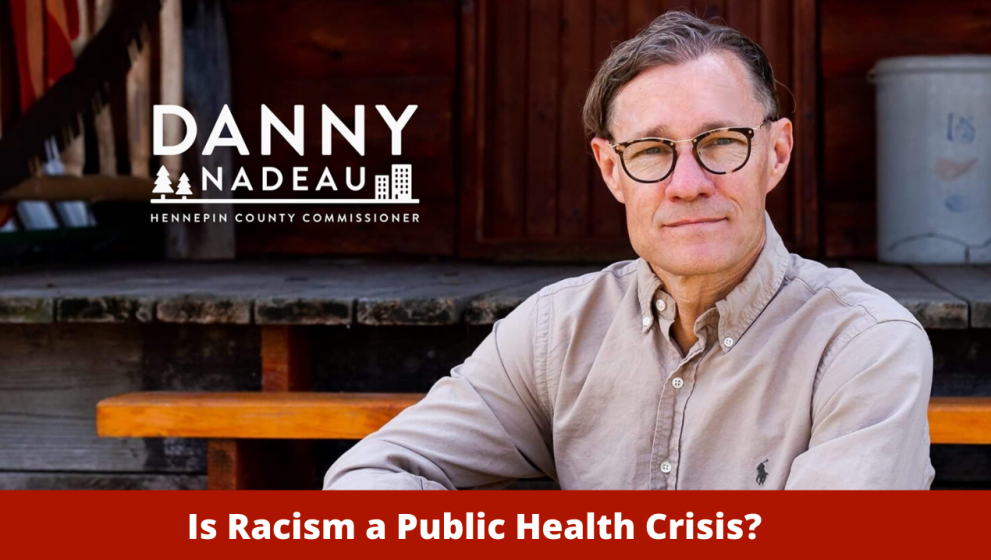 Our history is important, all of it, but not all of it has been good for everyone. It’s important to understand how we got here. Without doing so, we can’t begin to see the breadth and complexity of the challenges around racism, its realities, perceptions and impacts in America and Hennepin County.

But what real impact will decreeing that racism is a public health crisis have? People of color make up the fastest growing segment of our population. They are less likely to own their own home, less likely to graduate from high school on time and nearly three times as likely to live in poverty as whites. But we’ve known this for years. Metropolitan areas across the nation have the highest homelessness rates, highest poverty rates, highest rates of violent crime, lowest 4-year high school graduation rates, highest teen pregnancy rates and the highest by far rates of inequality. This is the crisis that that we should be fighting, along with the political ideology that has dominated this metro region for decades. It traps families in violent neighborhoods, failing schools, jobless communities and unsafe streets!

The power behind a government declaration is mostly symbolic, yet it does indicate a commitment for real systemic socio-economic change for a more just and equitable world for everyone. I’ve yet to learn what power, if any, the county can wield in declaring this, but I’m reminded of Martin Luther King Jr’s quote when he responded to the notion that laws don’t necessarily change people. “Morality cannot be legislated, but behavior can be regulated. Judicial decrees may not change the heart, but they will restrain the heartless.”

We live in a broken world and I believe that many of the social issues challenging us today are heart issues first. I don’t subscribe to the idea that a government declaration or program will make us more moral, or end racism, but it may stop some from committing terrible atrocities and I’m grateful that we are starting to have a real discussion about what it means to be black and brown.

The lesser known continuation of MLK’s response went like this, “It may be true that the law cannot make a man love me but it can keep him from lynching me and I think that is pretty important, also.”

We need more justice, more mercy and more humility to really change people’s hearts, but there is also a place for government decrees. If I were voting, I’d vote yes. Government has a role in this, maybe in acknowledging how we got here, maybe it’s declaring less and listening more, maybe it’s finding new, different opportunities and holding everyone to a higher standard. One way or another, government will play a role, but in the end we are all responsible for what happens next.

Join Danny in his fight!